Over the years, BULSTRAD VIENNA INSURANCE GROUP has received numerous awards and distinctions at various prestigious forums and competitions: 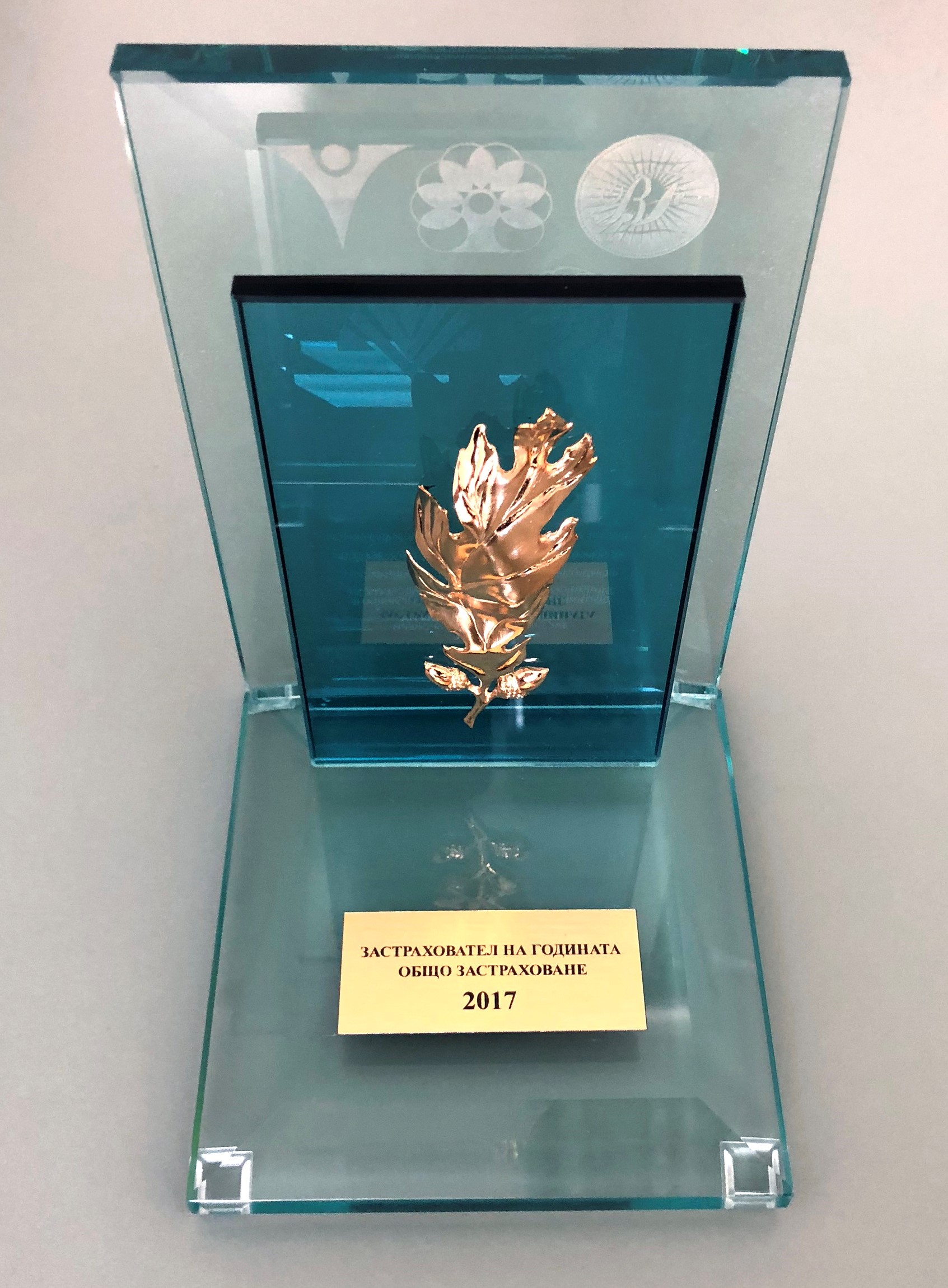 The award for Insurer of the Year was presented to Mr. Nedyalko Chandarov, Chairman of the MB and CEO of BULSTRAD VIENNA INSURANCE GROUP. 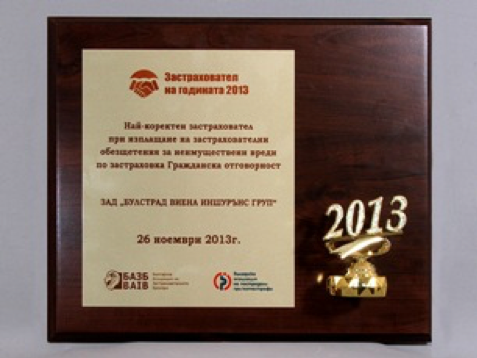 BULSTRAD VIENNA INSURANCE GROUP was recognized as the Most Honest Insurer for 2013, with regards to the payment of damages for personal injury under Third Party Liability insurance. This competition was organized by the Association of Insurance Brokers, jointly with the Bulgarian Association of Victims in Car Accidents. The award was presented to Mr. Rumen Yanchev, MB Chairman and Executive Director of the company, during an official ceremony that took place on 26 November, in Sredets Hall, Sofia Sheraton Hotel Balkan. 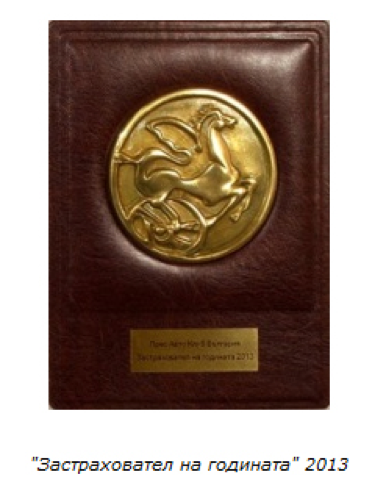 The prominent competition for Car of the Year celebrated its 16th year. In it, journalists from Press Auto Club Bulgaria select through a survey the car for 2013 and recognize the contribution of companies whose work is related to the automotive sphere, road safety, safe driving, as well as an investment of the year in the automotive sector, fuels, insurance, car leasing, and the fastest growing logistics company.

Bulstrad received the award for the best motor insurance products on the Bulgarian market, on account of the high praise for the four Casco products of the company, of which BULSTRAD BONUS CASCO is the only all-risk one on the market. 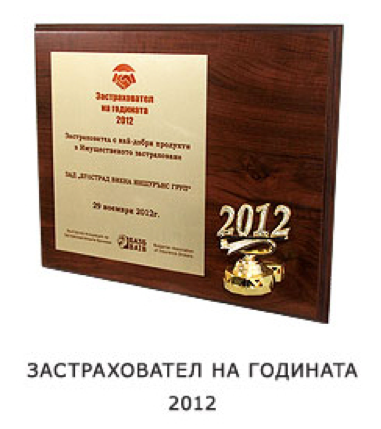 BULSTRAD VIENNA INSURANCE GROUP was named the Insurer with the best Property insurance product during the second edition of the Insurer of the Year 2012 competition, organized by the Bulgarian Association of Insurance Brokers. The distinction was accepted by the executive director of the company Rumen Yanchev at a formal ceremony on 29 November at the Sheraton Hotel. The awards are based on online votes of the customers.

In Romania, ZPAD Bulstrad won the Insurer of the Year 2007 award, for contributing to the development of the insurance and pensions market on the Balkans. This award is being granted since 1999 by the Romanian public group Media XPrimm.


FINANCIAL PRODUCT OF THE YEAR

At the Banks, Investments and Money international exhibition, the following awards for Product of the Year have been granted during the respective years: 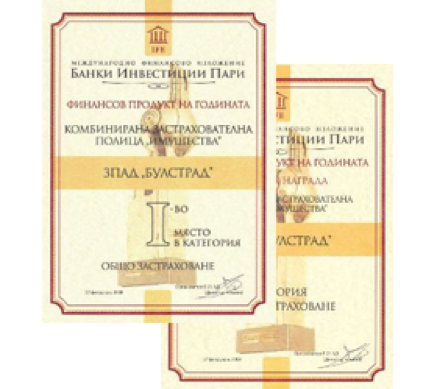 In non-Life insurance – the Property comprehensive insurance policy of ZPAD Bulstrad won the first place, as well as the big award for Financial Product of the Year. 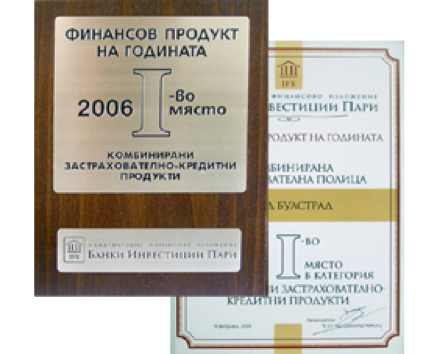 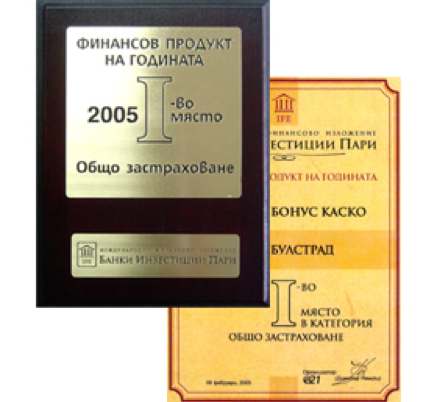 The award for non-Life insurance was taken by the Bulstrad Bonus Casco insurance of ZPAD Bulstrad AD.

In non-Life insurance the recognition went to the Home Property insurance of ZPAD Bulstrad.